I made this ambulance cake for a 7-year-old's birthday party. His parents volunteer with the local ambulance service. This cake is based on an actual ambulance in the fleet. I took some artistic license with the scale and some of the details.

To start, I made a base out of foam board. A base made out of wood would have been sturdier, but for a throw-away base, the foam board works well enough. I covered it with cake foil to make it food safe. After all, who wants bits of plastic foam in their cake? I used actual measurements from the ambulance and adjusted them a bit to make the cake wider and to evenly match up with the pans I have so there would be as little cake waste as possible. I just eyeballed the wheel locations because I forgot to measure that. I elevated the cake board by cutting some foam board pieces just smaller than the board. They were taped together and wrapped in black posterboard to make it less visible. The board has to be elevated to allow for the wheels to look like they are holding the ambulance up. The problem with this setup is that it makes the cake a bit unstable. It's especially true for a top-heavy one like this. Here is a picture of the board with the cab part before I carved it. 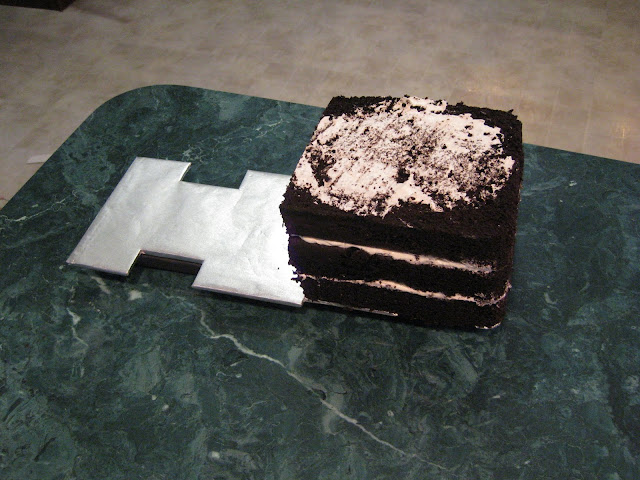 The biggest carving for this cake was the cab since the rest is just a box. I pretty-much eyeballed it all. After carving it, I coated it thinly with buttercream. This crumb coat works as a way to smooth up the rough edges before the fondant goes on. It also gives the fondant something to stick to. It doesn't stick so well to dry cake. (Not that my cake is dry) 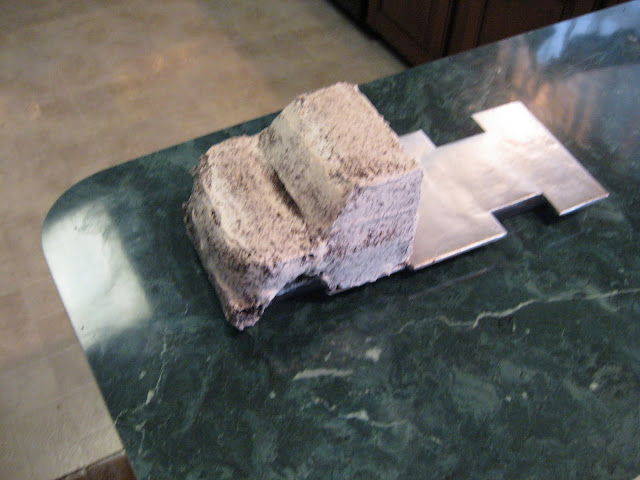 To cover this, I did it in phases. First I covered the cab in black fondant. This takes care of the wheel wells and the windows. Then I covered it with white fondant and cut out the windows exposing the black fondant beneath it. I did all of this without the box part on the cake board. The box part was four layers of cake. I was worried about that many layers, so I put a piece of cake board in between the second and third layers supported on wooden dowels. It did reduce the sagging, but it didn't help as much with the shifting. Or maybe it did and the shifting could have been worse. Anyway, I covered the box in fondant after putting it on the cake board. The black fondant in the wheel wells was added after the white fondant was on. 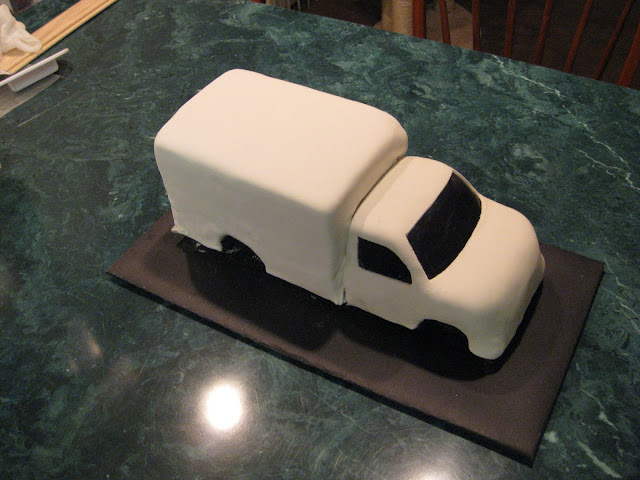 I left it this way overnight. During the night, the cake settled and shifted a bit. But only just a bit. Decorating the cake was a mix of painting, food coloring markers, and squares of colored fondant. To make the paint, I mixed some powdered food coloring with lemon extract. The lemon extract is 83% alcohol. As I paint, the alcohol evaporates leaving only the color behind.

To make the wheels, I make some thin Rice Krispy treats, cut them round, and covered them in black fondant. Then I painted silver hubs. They are held on with toothpicks. The side-view mirrors are gum paste molded over tiny biscuit sticks. I was going to use bamboo skewers, but I found these biscuit sticks in the japanese food section at Wegman's. They are thicker than bamboo skewers and tastier. This allowed me to use one less non-edible item. It bothers me whenever I have to put something non-edible in or on my cakes.

Here is a photo of the final cake. I think most of the shifting may have been from all the moving around I did. The foam board base has some give to it and it's not like the foam board was 100% stable anyway. It was sitting on that narrower riser. I really must figure some way around that. 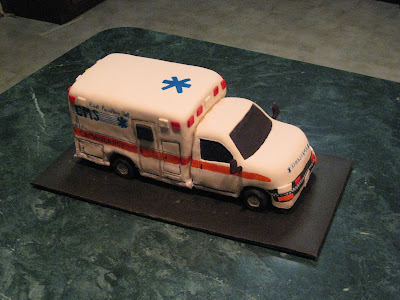 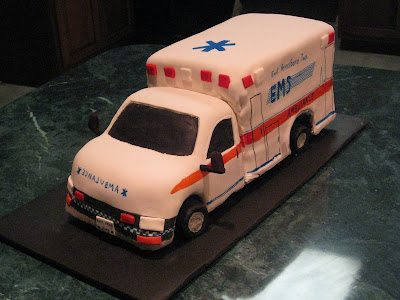 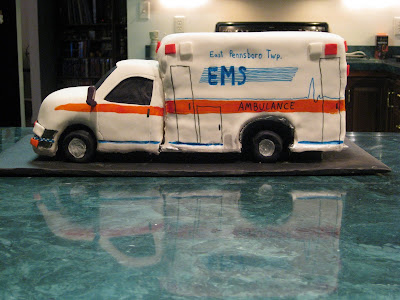 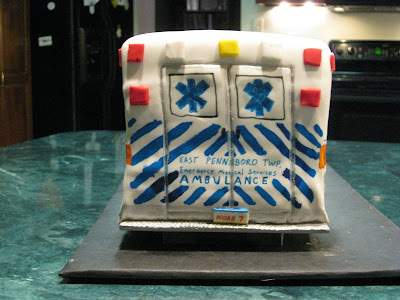