This cake was for a baby shower. It's basically a 3-layer rectangular cake with a basket weave pattern around the sides... with a hood and some wheels.

A week earlier, I started on the hood. A globe worked for the form. I wrapped it in plastic wrap to make sure no food stuff touched the globe. Then I took some gum paste and rolled it out around a quandrant of the globe to get a quarter sphere. After a few days, it was dry enough to be removed from the globe.  The plastic wrap helped ensure nothing stuck to the globe.  It came off relatively easily. 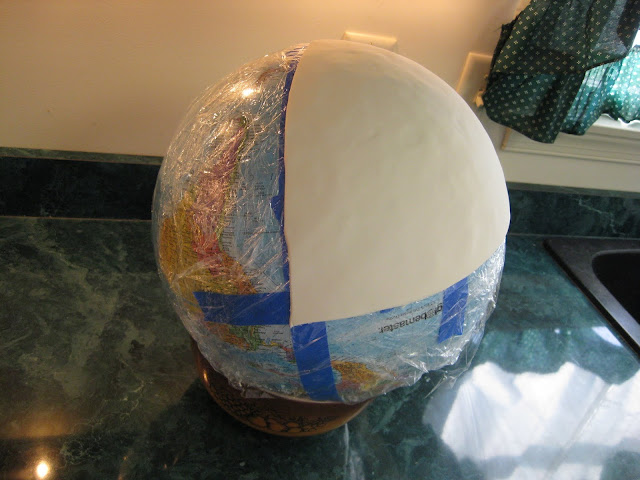 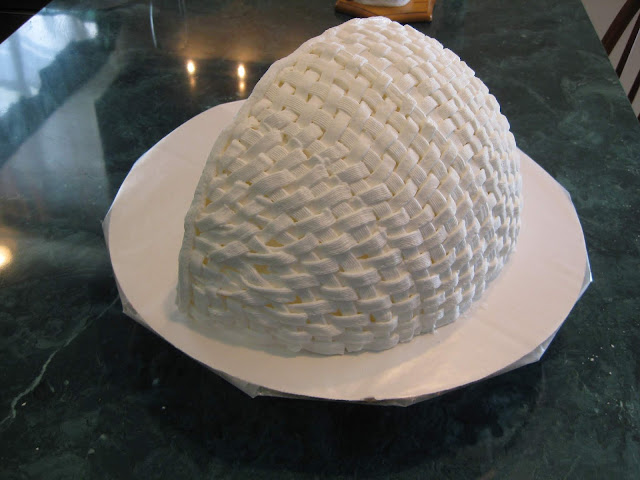 The cake itself was three 12 x 18 sheet cakes cut down to about 11.5" x 16". The reason is because 18 inches would have looked too long. Also I cut the half inch off because when I stacked the cakes, they were a bit crooked. Plus, that's the size of the board I made. The globe was also less than 12 inches in diameter. The gum paste and piping added to the diameter, but it couldn't add up to 11.5 inches of cake width. So when I cut it, the top was tapered a bit narrower than 11.5 inches so that the hood looked like it was supposed to be the size it was. 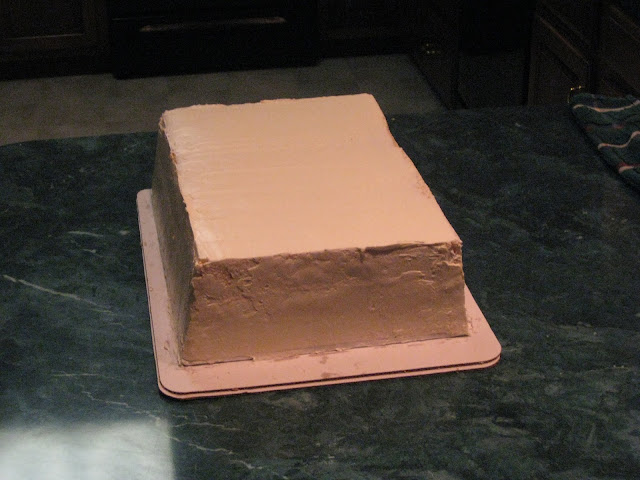 For the filling, I used a strawberry buttercream. This is just your standard butter, shortening, and powdered sugar buttercream with some strawberry extract added. I also added in some cake crumbs from when I leveled the cakes. People liked it.

For the outside buttercream, I used an Italian Meringue buttercream. This is made by mixing up a straight meringue and then pouring in boiling sugar, which cooks the meringue. Then, after it cools, you add a lot of butter a little bit at a time. It has a smoother texture and is great for getting a smooth frosting. It also tastes much less sweet. I gave it a pink blanket with a little fold in it and a single pink stripe around the basket weave. This was to be for a girl baby, of course. 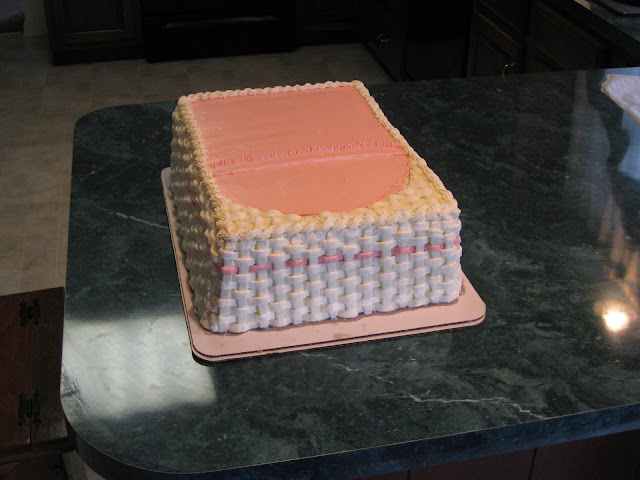 I made a time lapse video of the basket weave process. Here it is:

For the base, I cut up a thin piece of cheap plywood to size and covered it with cake foil. I used a miter saw to cut four 3/4" dowels to exactly 7" each. It's all attached with screws through pre-drilled holes. For the wheels, I just made some sugar cookies. I used an apple corer as my template. It was about four inches in diameter and already had "spokes" and a "hub" for me. I just decorated with some royal icing and a dollop of pink in the middle to complete the effect. The wheels rest on the base and stick to the posts with a touch of royal icing. 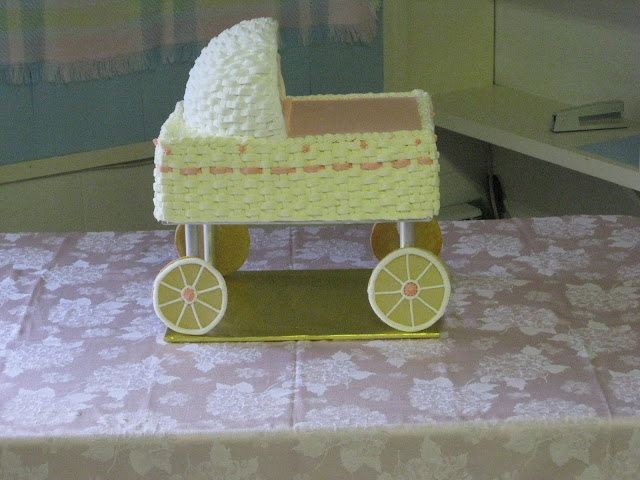 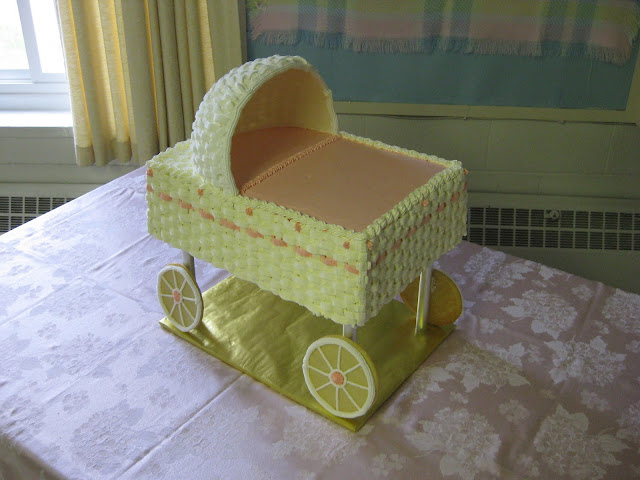