This idea came to me after seeing baby dragon cakes. I thought it was something I could probably pull off. The monthly Boys' Night Out at church was coming up and it seemed like a good enough excuse to make a cake.

My idea was to make a baby dragon that was lying down. That way, I wouldn't have to deal with all of the structural components involved with a standing dragon. I made the cakes: 2 12x18 cakes and 1 9x13. The third cake was just to give the body that extra bit of height, so I didn't have to be as big as the other two. Here's a picture after making a first pass cutting out the general shape: 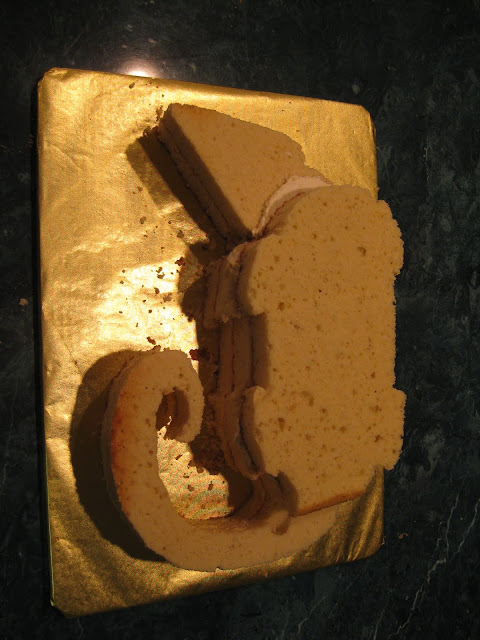 Here it is after all of the carving was complete and I covered it with some buttercream. I think I made the buttercream a little too thick for this project. I ended up cutting the end of the tail off. Yikes! 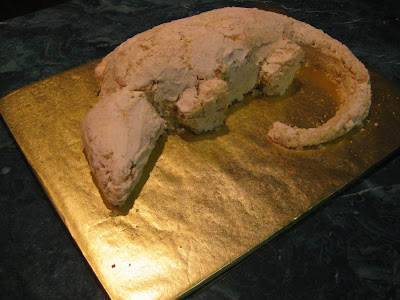 After adding the first layer of fondant, I think I was disappointed. It was not very dragon-like at all. I was hoping the scales would make a big difference.

So the scales made a big difference. Of course, now it looks more like an armadillo. A dead armadillo. But, hey. The scales are shiny, huh? Those were individually cut and applied. Remind me not to do that one any time soon, OK? I finished the eyes and put some wings on it. Surprisingly, they made a big difference. Though I'm not sure it looks too much like a blue baby dragon. It looks more like a baby blue dragon. Here's the finished cake: 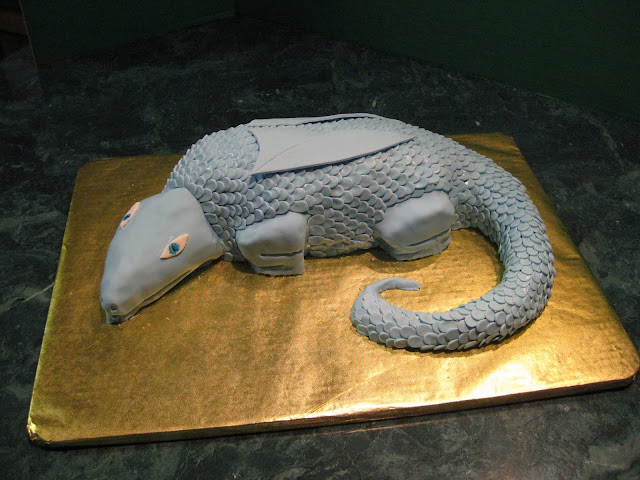 It was a big hit at Boys' Night Out. We slew the dragon. It turns out that dragon meat tastes a lot like cake. :-) 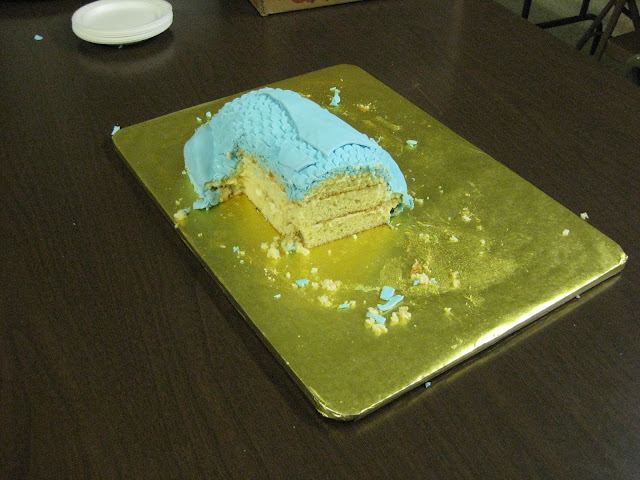