This cake has been calling out to be made for months now. My New Year's Eve party gave me excuse enough to build it. Howard J. Lamade Stadium is where they hold the Little League World Series every year in August. I made a version of the stadium in cake.

Oddly enough, I don't have any personal photos take of Lamade Stadium. I have some taken from inside, but they don't provide a good enough picture. Since I don't want to have to worry about image copyrights, I'm going to suggest you take a quick look at Google images for pictures of Lamade Stadium with this link: http://images.google.com/images?q=lamade+stadium? The Wikipedia article has good images, too: http://en.wikipedia.org/wiki/Lamade_Stadium

Before I started, I mapped out how it would look in a drawing program. From that, I figured out what pieces to cut based on the size cake pans I have. It ended up being a single 16x16 sheet and four 12x18 sheets. This took up 11 boxes of cake mix. I went with Duncan Hines dark chocolate fudge cake. Here's what the pieces of cake looked like all laid out before assembly: 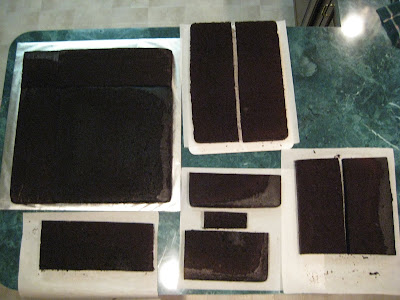 Assembly was straight-forward. It took a bit of work to maneuver some of the bigger pieces without them breaking. Here's what the cake looked like after assembly and carving: 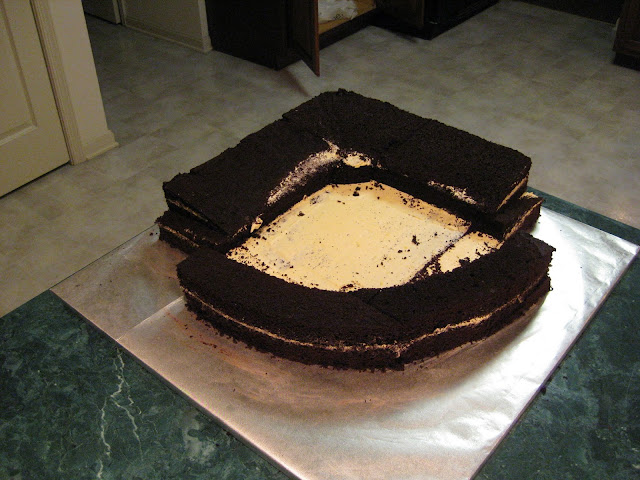 I covered it in fondant. I went with a new fondant this time. It's called SatinIce and it's much better than the Wilton fondant. I had a 5lb bucket and I think there is about one half pound of it left. I should order more. I was working with white fondant and I had some leaf green color gel and some black color gel. That's where I got all the colors from. I need to pick up some plain green coloring. That leaf green is really nice for grass, but I need a darker green in my color library. To make the dirt, I put some graham crakers in my food processor to make crumbs and mixed in some granulated sugar. 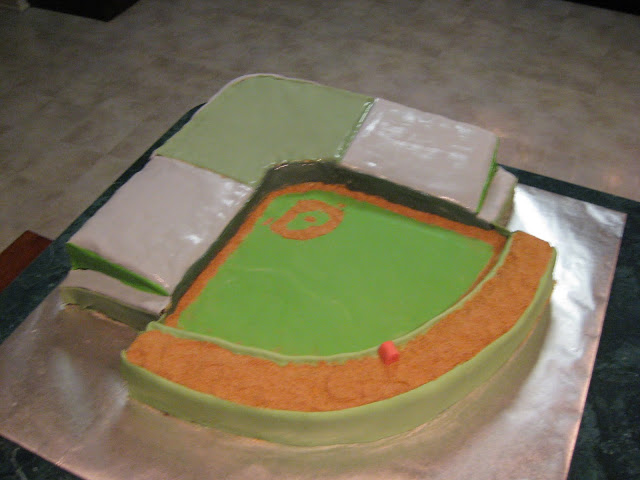 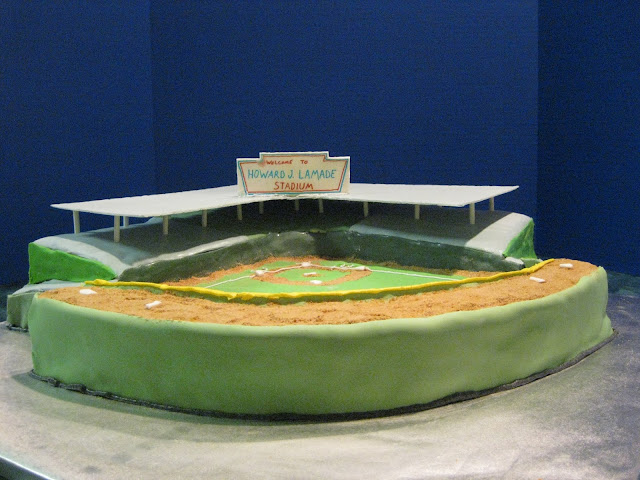 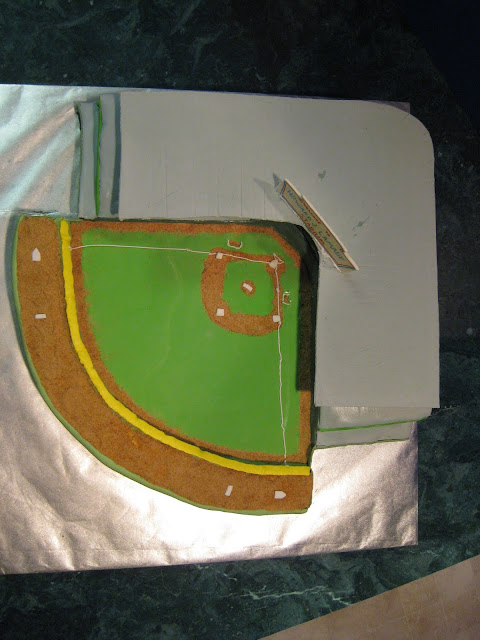 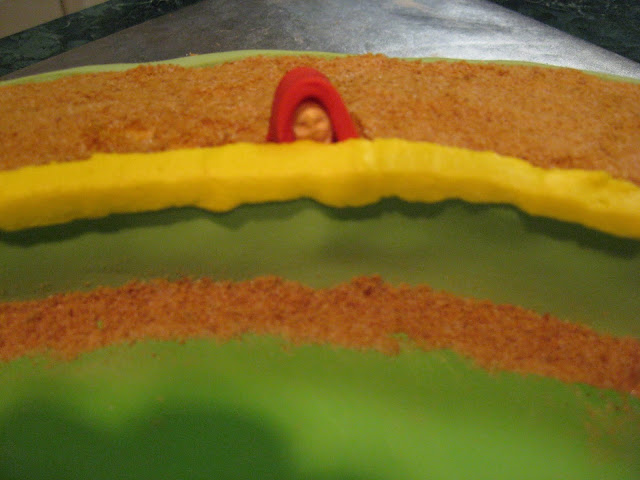 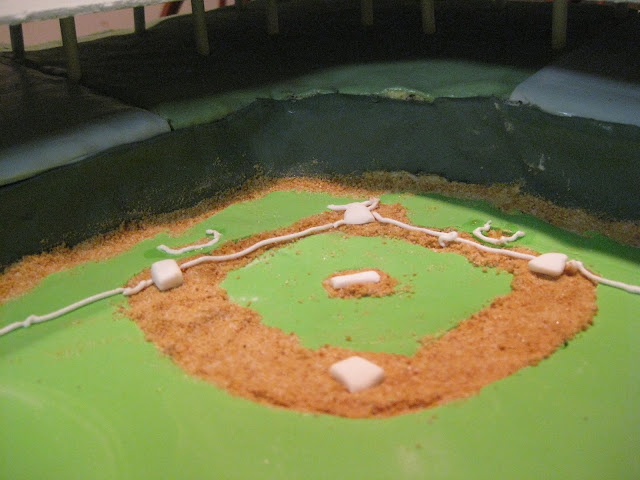