This cake was for a 5-year-old's birthday party. I decided to have it look like it was sitting on the wheels with space beneath the body of the truck. To do this, I used foam board and cut out the shape of the truck and set the cake on the foam board. Then, beneath this board I placed four or five layers of foam board. These layers were cut in a rectangle smaller than the cake base. I taped them together and wrapped them in black construction paper.


I made two 12x18 cake layers and cut and staked them enough to make 3 layers of cake for the truck. It looked like this before I did the detail carving: 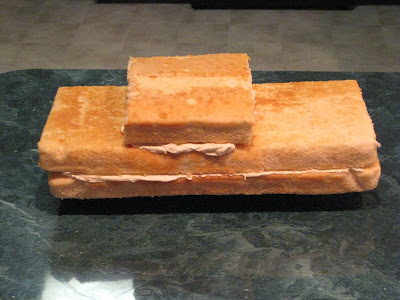 I forgot to take a picture of it after carving but before I covered it in fondant. Sorry about that. After carving, I cut the truck bed away from the rest of the chassis to make it easier to cover. Then I covered the front part in a thin layer of black fondant followed by the final layer of blue fondant. This way, I was able to cut out the windows from the blue fondant and the black shows through.

The wheels are made out of Cocoa Krispy treats cut round. The wheel hubs are just gum paste painted silver with food grade edible silver paint. Their original size was too big after wrapping in fondant, so we had to cut them down in both diameter and depth. That was done by hand because I forgot that I happened to have smaller biscuit cutters we could have used. I had help with the wheels. The birthday boy's 12-year-old brother helped out. He did the wheels and helped with some of the fondant work.

The smoke stacks are just gum paste painted silver. Here's a shot of the final cake with candles ready to be lit: 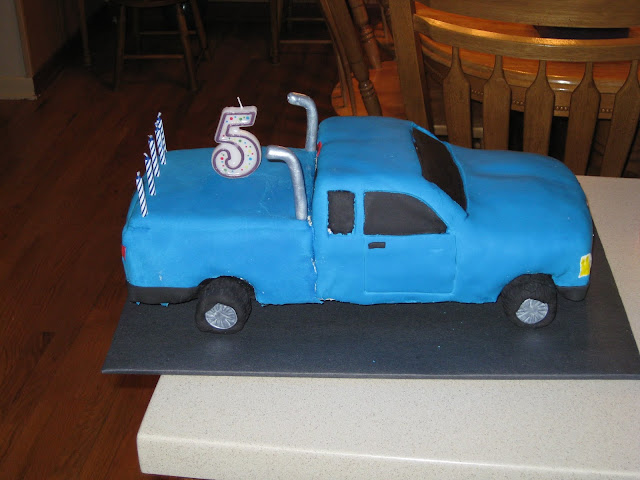 Here's a shot of the birthday boy with the cake ready to blow out the candles. You'll have to forgive the poor photography. His eyes don't usually glow like that. 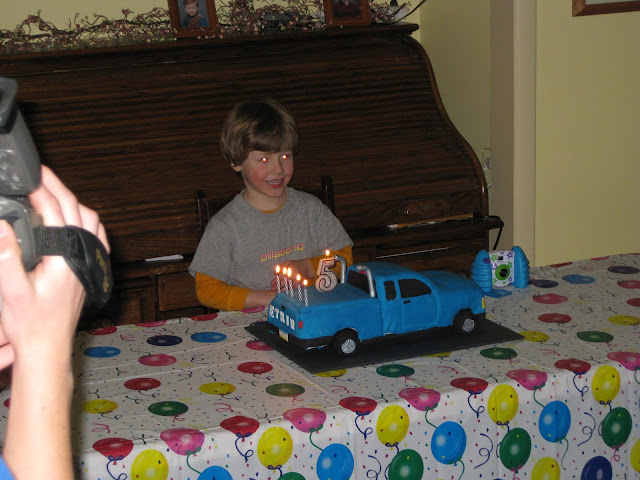 And here is a shot of the truck cake after being half cut and served. You can see the truck base. I wrapped the foam board base in cake foil because I don't know how food friendly foam board is. 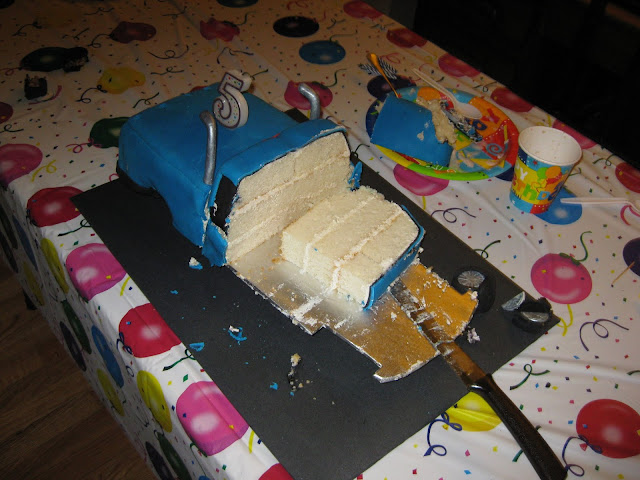