Fortunately, I have "Rock Band" for the XBox 360 and it came with a plastic Stratocaster guitar controller. So I used that as my model along with some Internet research. I started on Tuesday baking two cakes. One was a 12x18 cake. The other was a 9x13 cake. I cut & carved and stuck some pieces together to get the general shape. Then I gave it a crumb coat. Although in hindsight, I think that might be a bit more than a crumb coating. 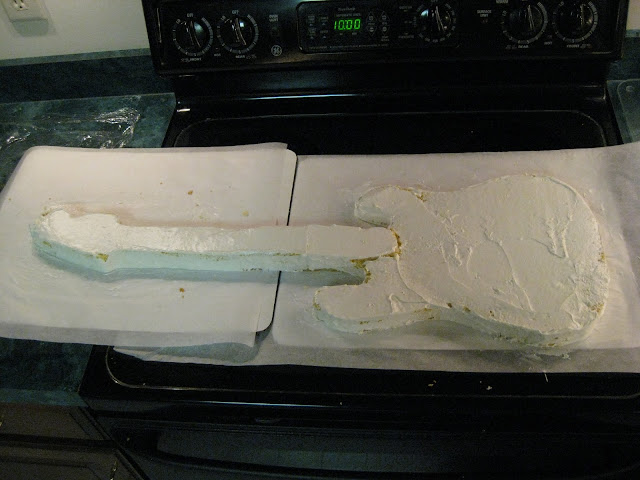 It took a lot of red dye to get this color right. It kept coming out pink until I put a bottle and a half of red dye in with the fondant. On the neck, I used a piece of tan fondant I had sitting around and blended it with some white fondant. It lightened the tan nicely. I stopped just short of a smooth blend so there would be some white lines. It added a bit of a wood grain texture to it. Bonus :-) 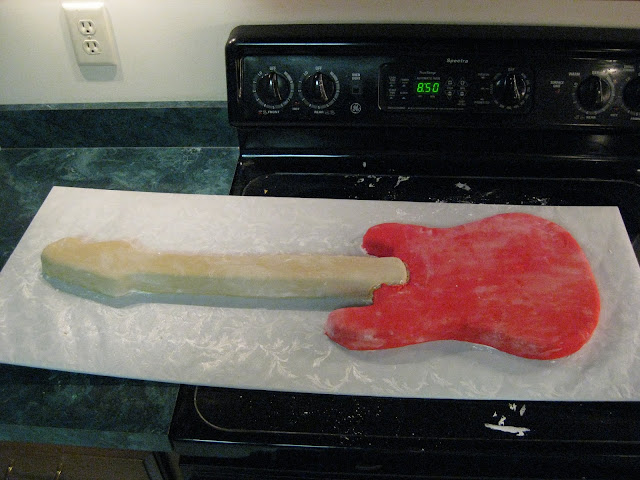 The front plate was easier. It's just rolled white fondant. The tricky part was cutting the right shape. I traced the shape onto parchment paper, cut it out, and used that as a template for cutting the fondant. 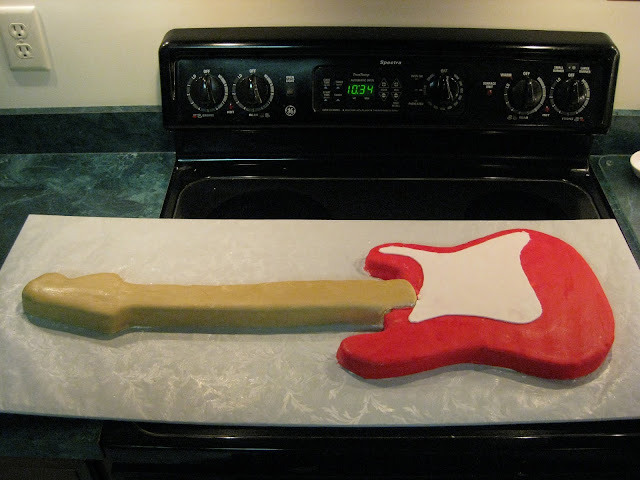 For the posts, I used gum paste. For the strings, I used fishing line. I got some edible silver paint and used 2 or 3 coats depending on the part. For the volume and tune knobs, I melted some white chocolate and used a form I found at the cake store in York. I used a fine tip edible ink marker for the detailed wording. I think the final results are acceptable. There are some imperfections, but that's okay. It's not like I charged my sister for the work and I don't think anyone noticed all the imperfections but me anyway.


There was supposed to be a whammy bar, but it broke while waiting for the silver paint to dry. I guess gum paste needs a little more than overnight to dry when used for something structural. 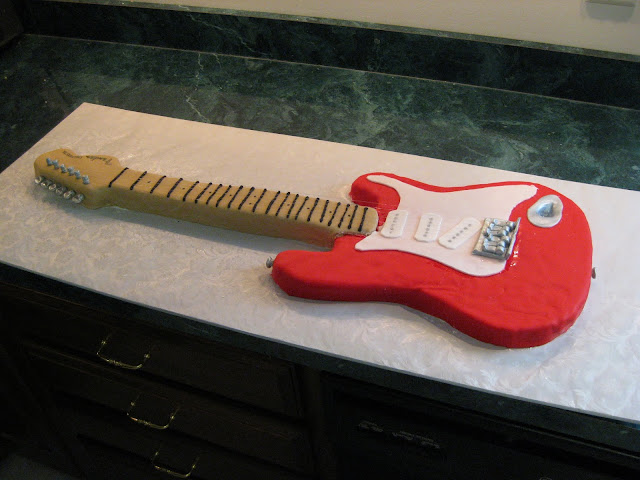 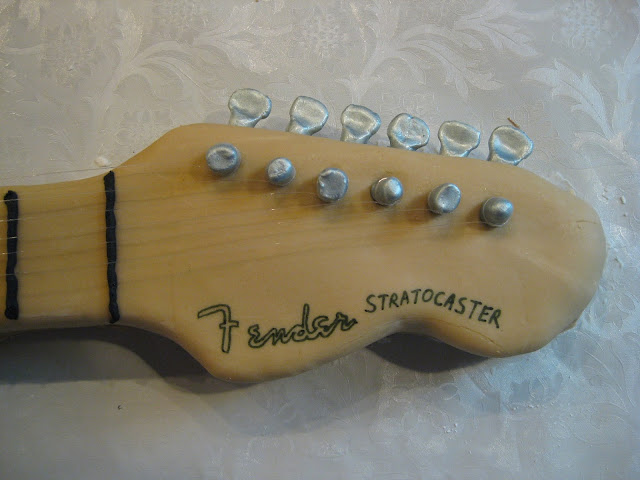 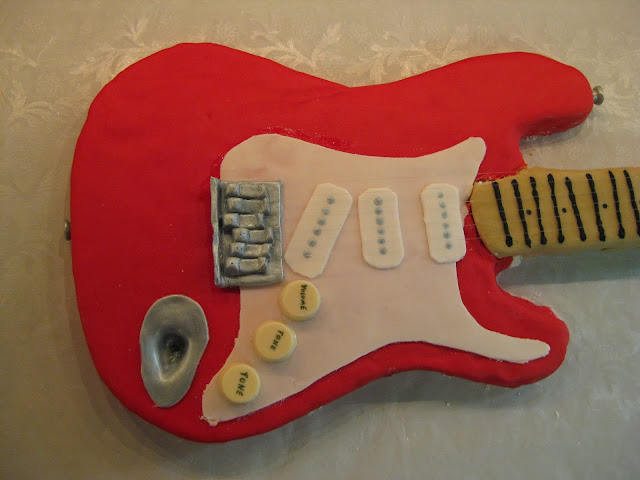