I made this cake for a friend's 6-year-old daughter's birthday. My instructions were: Pink princess castle cake.


I had a general idea in mind, but the big problem was how to make the towers. I've seen the Wilton castle kit and it would have made a nice cake. But it just felt like cheating to use such a kit. Besides, I wanted almost everything to be edible. Then I noticed some candy decorating squeeze bottles somewhere. They were nicely cylindrical in shape with just a spout on the top. I got a bunch of those and cut the bottoms and tops off. Lined with wax paper, they made great tower molds for Rice Krispy treats. 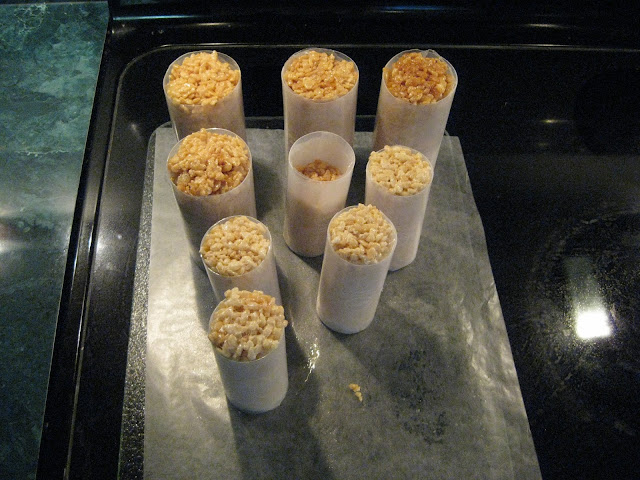 I topped each tower with an ice cream cone. For the cakes, I made a 12-inch, 2-layer cake and an 8-inch, 2-layer cake. They were white cakes with a strawberry butter cream filling. Here's what it all looked like before the fondant was applied. 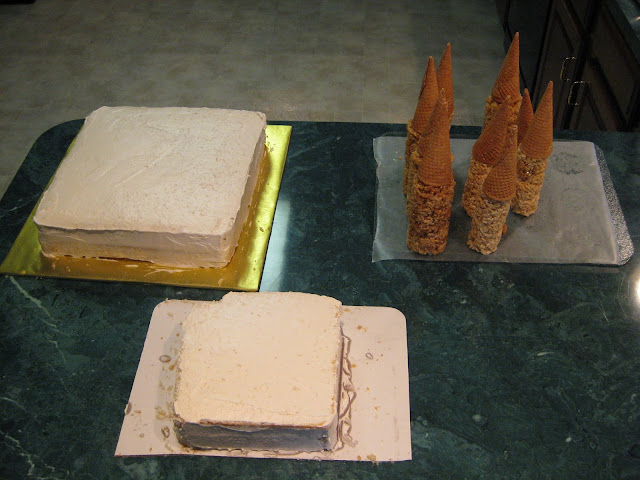 I wanted to find a brick pattern press for the fondant, but none of the local cake supply shops had any. There was no time to order one, so I just drew lines on the fondant. 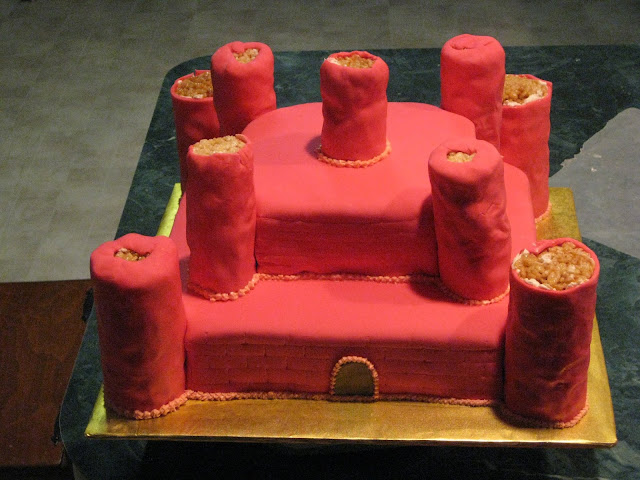 Here is the finished castle: 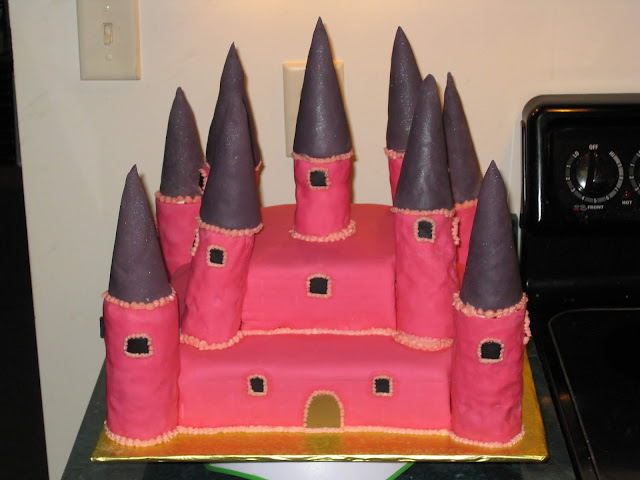 For the purple cones, I just took some precolored red and precolored blue fondant and mixed equal parts together. It was still kind of dark, so some white fondant was mixed in with it. After the fondant was dried, I mixed some red and blue pearl dust and dry painted each cone to make them a bit sparkly.

I had help doing this cake. The same kid who helped make his little brother's pickup truck cake helped on this cake, too. He made the Rice Krispy treats and the butter cream. He helped with the fondant mixing and cutting as well.
Posted by Unknown at 8:01 AM